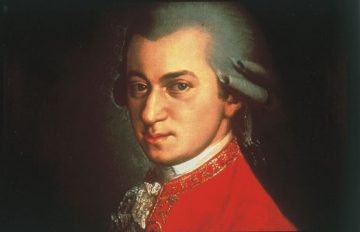 Don’t be surprised if your gynecologist recommends listening to classical music during pregnancy. It is a well-known fact that music has a beneficial effect on the human psyche. If you follow the doctor’s advice, you will win not only yourself, but also your baby, because music will have a positive effect on him.

The music is heard from the womb

While you are pregnant, your baby is in the comfort of your womb. However, do not think that it is quiet and peaceful there. In fact, his place is located in a very noisy “neighborhood”. It is constantly reached by the rumbling of your stomach, the rhythmic beating of your heart, the sounds of the outside world – speech, laughter, music, etc. So your baby is immersed in a stimulating matrix of sound, vibration and movement. Researchers have shown that infant reactive listening begins at 16 g.s. 8 weeks before the ear is structurally complete. After 24 g.s. the unborn child listens all the time.

It has been proven that while listening to music, different parts of the brain are activated. More and more scientists are assuming that music creates a connection between the two hemispheres of the brain. It causes the brain waves to resonate in sync with the rhythm. The faster rhythm brings good concentration, and the slower – calm. As brain waves change, so do some bodily functions, even those controlled by the autonomic nervous system such as breathing and heart rate. Music can improve the state of mind by reducing stress and anxiety. In adults, music can lower blood pressure, boost the immune system and relax muscles.

According to some scholars, the music of Wolfgang Amadeus Mozart is healing. It develops intelligence, relieves some diseases and mental suffering. But what makes this music so special, even for the unborn?
Dr. John Hughes, a neurologist at the University of Illinois Medical Center, says that in Mozart, music is repeated every 20 to 30 seconds, which is approximately the duration of brain waves and other functions of the central nervous system. Moreover, the very way in which Mozart repeats the themes in his works is also important. He “takes” a subject and turns it from back to front and from top to bottom. An interesting combination is obtained for listening, and the human brain loves combinations.

If you want your child to become a mathematician – yes! But if you’re looking for the soothing effect of music, Mozart isn’t the only composer to create one. Bach’s Godberg variations, Wagner’s second act from Tristan and Isolde, some of Schubert’s quartets, works by Vivaldi, Beethoven, etc. can also have a relaxing effect. she also likes how your baby reacts.
If you don’t like classical music, try melodies you like. And why not with the music of nature – the sound of waves and wind, the rustle of leaves, the murmur of a mountain stream, the song of birds and crickets, the sweet drumming of the rain or the flow of water?